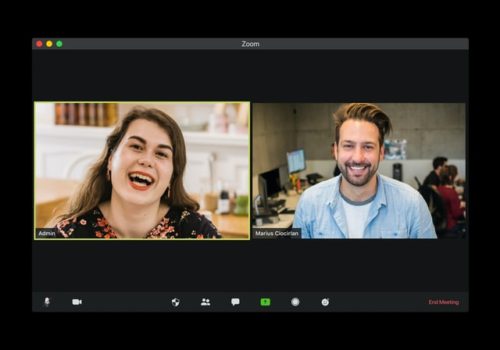 Zoom has announced that end-to-end encryption (E2EE) is finally available for free and paid users globally. The feature is available as a technical preview for thirty days, during which Zoom is soliciting feedback from users. E2EE is available on Zoom desktop client version 5.4.0 for Mac and PC, the Zoom Android and Apple apps, and Zoom Rooms.

This feature is long-awaited. At the beginning of the coronavirus pandemic, Zoom saw a massive spike in users, making it an industry-standard video conferencing app. However, numerous privacy and security issues arose, and as a result, Zoom was banned in many places. So, Zoom CEO and founder Eric Yuan pledged to resolve these issues before continuing normal app development.

And they did just that. Zoom bought Keybase, a company specializing in end-to-end encryption, and worked with professional cryptographers to develop new security features. After six months, Zoom followed through with its promise and unveiled E2EE. Although this feature is still in development, it is a significant security upgrade for those who need it.

Despite the enhanced security, enabling end-to-end encryption may be more hassle than it’s worth for many users. Zoom calls are encrypted by default, just not end-to-end, meaning it is acceptable for everyday conversations. Enabling this feature makes various tools unavailable, including “join before host, cloud recording, streaming, live transcription, Breakout Rooms, polling, 1:1 private chat, and meeting reactions”. Another inconvenience is that you can only join the meeting from the Zoom desktop client, mobile app, or Zoom Rooms. Also, every participant has to enable end-to-end encryption for the feature to work.

How to Enable Zoom’s End-to-End Encryption

Despite the drawbacks, you still may want to use this feature. So, here’s how to use Zoom’s end-to-end encryption.

Zoom says plans to roll out better identity management and single-sign-on integration are on the horizon for 2021. However, people who have been demanding this feature can start encrypting their meetings immediately.

Read more about video conferencing apps to see if Zoom is the app for you.