Report: Latest Cybersecurity Threats And How To Protect Yourself 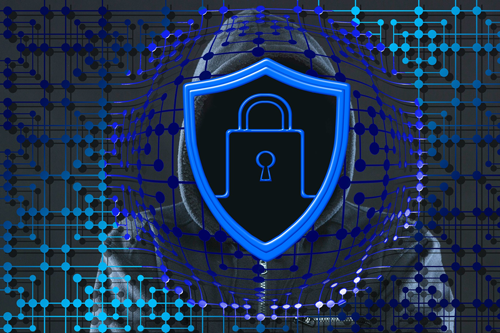 Cybercriminals have been taking advantage of the coronavirus pandemic to target individuals and organizations. A report released by cybersecurity vendor Nuspire details the latest cybersecurity threats and how to protect yourself against them.

Nuspire analyzed more than 90 billion traffic logs from the first quarter of 2020 and found malware, botnets, and exploits as the most prevalent threats.

During the first quarter of 2020, malware saw an overall increase of 7 percent. This is attributed to a phishing campaign that used Microsoft Word macros to spread trojans, in addition to the start of coronavirus-related phishing attacks. The campaign themes mostly exploited IRS Tax documents, financial invoices, and COVID-19 information.

Emotet took the lead as the highest-detected variant in the first quarter. A targeted spear-phishing campaign against the United Nations spread this malware, typically hidden in an email as a fake financial statement. Using Word documents that requested the user to enable editing or enable content, it executed macros that loaded Emotet onto the victim’s device. Once it has infected the user’s device, Emotet can steal sensitive information such as banking credentials and install more malware.

There was also an increase in Executable and Linkable Format (ELF) variants targeting the Internet of Things (IoT) devices to spread the Mirai Botnet. Attackers would scan for IoT devices with open Secure Shell (SSH) or Telnet ports to brute-force access. Once they gained shell access, the assailants would download a payload of the ELF-based Mirai malware and add the device to the botnet.

How To Fight Malware

Protect Yourself from Botnets

Detected during the first quarter of 2020 was an increase in exploit activity, with 23.4 million exploits and 404 unique ones. The most prominent exploit activities detected were DoublePulsar, Apache Tomcat ‘GhostCat,’ Telnet Default Credential Scans, and Operation Fox Kitten. A new signature that scans for attempts to use default credentials over Telnet was discovered this quarter.

‘GhostCat,’ announced in February 2020, highlighted a flaw in the Tomcat AJP protocol. An attacker could execute code using a Remote Code Execution (RCE) attack; however, the attempts remained very low after the announcement. Despite this, there could be an increase in GhostCat attempts in the second quarter as it becomes easier to exploit.

In February, a widespread campaign linked to multiple advanced persistent threat groups was targeting vulnerabilities in VPNs. As more of the workforce moves to a remote environment, this highlights the importance of applying vendor patches and upgrading to non-affected firmware.

How To Stay Safe from Exploits

How to Protect Your Organization Against Cybersecurity Threats

To protect your organization from cybersecurity threats, consider working with network security experts to build a comprehensive plan for your business.

For more posts about how to protect yourself against cybersecurity threats, click here. To see more coronavirus-related posts, click here.